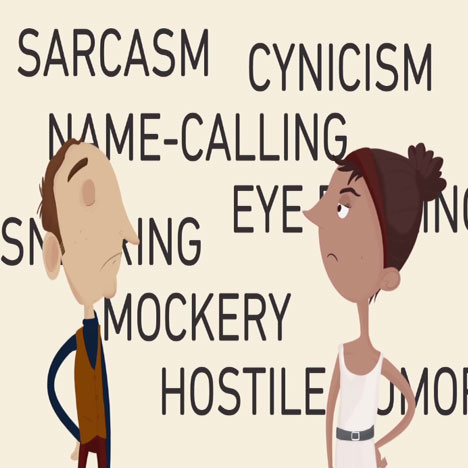 Is your communication with your partner failing? Watch out for the Four Horses of the Apocalypse….

One of the most common comments I hear from couples when asked what has brought them to seek couple therapy  is “We never seem to communicate like we used to” or “I’m sick of arguing all the time” There are many reasons people seek help for their relationship, but I would have to say that this is one of the most common and important reasons for couples seeking therapy.

Communication is one of the key foundations of a strong supportive long term relationship. Without solid respectful communication, we lose opportunities to express our love and appreciation, to build intimacy and to better understand the needs of our partner and express ours. We also need good communication to build and maintain a solid friendship , to share dreams, to share experiences, to negotiate decisions fairly, to manage parenting, to manage differences and to manage conflict.

So it’s pretty important to keep working on your communication and improving these skills as they may be the difference between a relationship that lasts a lifetime and separation and divorce.

By the time couples get to my consulting room couch, communication has sadly often deteriorated to a reactive cycle where both partners are shouting at each other a lot and seeing the negatives in everything their partner does. Defensiveness is the norm and the ability to listen to each other and communicate openly has diminished as hurt and contempt have taken over.

In many cases this level of hostility has led to people pushing each other away out of self protection with partners feeling alone and disconnected from each other, rather than connected and fully present, with communication about anything meaningful and pleasant rare.

In fact, when I started to do more couple therapy and I added a very long 3 seater leather couch to the consulting room I noticed an interesting phenomenon. The physical distance that separated partners on the couch told me a lot before we even started our first therapy session about their current level of connection and communication. When communication difficulties and conflict had become commonplace, you could feel the partners turning away from each other and sitting at each end of the couch.

In contrast, the couples who were doing better in that area and had still managed to maintain some closeness and connection would sit right next to each other and turn towards each other as a means of supporting each other through a challenging process when communicating.

So let’s take a look at the following examples of the kinds of statements I often hear from couples in that first session. Do any of these sound familiar to you?

5.       I’m scared of opening up again in case I get attacked or criticized.

If so, pay attention to the following information if the preservation of your relationship is important to you.

What we know is that 35 years of extensive research with couples and marriages by Dr  John Gottman, has shown that 94% of divorces can be predicted by the following four communication styles (The Four Horseman of the Apocalypse). The Four Horsemen of the Apocalypse is a metaphor depicting the end of times in the New Testament describing conquest, war, hunger, and death respectively. Dr. Gottman has used this metaphor to depict communication styles that may predict the demise of a relationship.

The video above created by the Gottman Institute is a great animated illustration of these Four Horseman but to summarise, here they are:

Ask yourself, how often do you or your partner criticise each other? Criticism refers to the tendency to attack your partner to the core of their being, attacking aspects of their character or personality e.g “You’re just hopeless at that”, “You’re always emotional”, “Why do you never listen to me?” Although criticism on it’s own won’t end a relationship, if it becomes the norm and the partner being criticized starts to feel  regularly hurt, attacked, judged or rejected, then it is easy for this to lead to the other poor communication styles listed below.

Take a moment to reflect on whether your relationship has deteriorated to the point where you and your partner are often mean to each other, treating each other with contempt and disrespect?  E.g. “You are lazy” “you are fat” or mocking each other with sarcasm, name calling or using body language such as eye rolling. Contempt is usually fuelled by the build up of negative thoughts and judgements about the partner which eventually come to a head with the partner attacking the other from a position of superiority. This communication style is the No. 1 predictor of relationships breaking down and divorce so if this is familiar to you, it is time to pay attention and act quickly to change this to preserve your relationship.

How often do you get defensive if your partner complains or criticises you? When relationships are deteriorating, this communication pattern presents all the time and is our way of protecting ourselves when we feel unfairly accused of something by justifying our actions with some kind of excuse to ensure our partner backs off.  When we get defensive we give our partner the message that their concerns and feelings are not important and they often feel like they have not been heard, unfairly dismissed and sometimes blamed.

How often do you or your partner withdraw from a conversation by not responding, tuning out, suddenly finding something else to do, giving the silent treatment or physically walking away? If you do any of these, this form of withdrawal is often a way of avoiding conflict and discomfort and has the effect of conveying strong emotions such as disapproval, icy distance, the need for separation, disconnection, and/or smugness. This behaviour often comes following the other communication problems developing and functions as a protective mechanism for those who feel unable to face further conflict, but ironically it does the opposite to the relationship by making it more likely to fail.

So, in summary these Four Horseman are powerful predictors of relationships breaking down, but the good news is that there are solutions and if you have identified this now then therapy may prevent these patterns from getting worse and teach you how to replace them with more constructive communication patterns.

Watch out for my next blog in a few weeks time where I discuss the antidotes to these patterns – the Repair checklist of strategies.

If you feel you want to act now to build a stronger, more respectful communication pattern between yourself and your partner then feel free to contact us today to make an appointment with one of our psychologists or therapists.

.
obsessive behaviors. It takes time for the negativity created by the first three horsemen to become overwhelming enough that stonewalling becomes an understandable “out,” but when it does, it frequently becomes a habit.

Being able to identify The Four Horsemen in your conflict discussions is a necessary first step to eliminating them, but this knowledge is not enough. To drive away destructive communication patterns, you must replace them with healthy, productive ones. This Friday, we will introduce you to the antidotes!

Tip: Practice, practice, practice! Pay close attention the next time you find yourself engaged in a difficult conversation with your partner, a friend, or even with your children. See if you can spot any of The Four Horsemen, and try to observe their effects on the people involved.